We’re starting to drown in zucchini.  Every day I go out to the deck and it seems like 5 more have become giant beasts overnight. But of course, this is the eternal comedy of vegetable gardening – no matter how many times this happens you just keep doing it to yourself again because you just can’t believe that those teeny little plants in may will actually produce more than one zucchini each.

I’ve spent a fair amount of time lately googling various things that relate to zucchini, and in my travels I came across this gem, which was too awesome not to share.  It’s made all the sweeter by being unmistakably presented on a Commodore 64.

My go-to zucchini eating plan is just to cut it up and throw it on the bbq with lots of salt, pepper, and herbs (this one used some dill from the garden), and then bathe it in lime juice and more salt when it’s done.  I’m sure I’ll end up eating quite a few zucchinis this way over the next few weeks.

But I‘ve been trying to come up with some more creative uses for zucchini. I’ve already taken care of the old standby zucchini bread – I made one vegan loaf (below center) which was definitely the most successful vegan dish I’ve ever made, and 2 loaves of chocolate-chocolate chip zucchini bread which is a classic way to take something wholesome and good for you and turn it into something over-the-top decadent.

Best idea so far is zucchini mini pizzas – a great way to use up those giant suckers I waited a day or two too long to pick. Just slice ’em into circles, add pizza sauce, cheese and whatever else you want, and grill. 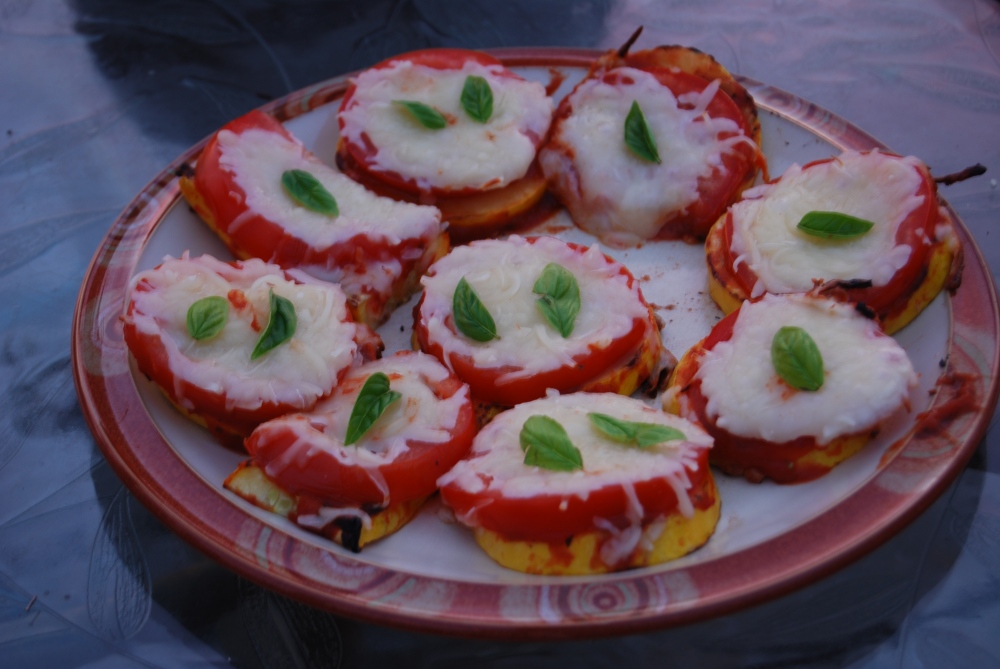 Anyone have any other favorite zucchini recipes to share?

Vegetables are a must on a diet. I suggest carrot cake, zucchini bread, and pumpkin pie.
~Jim Davis (Garfield)